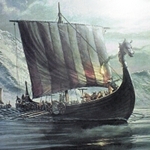 CT Systems has released a completely renewed version of their Viking Navigation software. The new version is targeted for use in all professional maritime areas where accurate positioning and navigation is demanded. In the new version, the most important innovations are the renewed user interface, support for CAD, ASCII and Excel files, local chart projections, and the worldwide navigation charts database from Navionics. One of the main objectives during the development of the new Viking software was, and still is, is user friendliness. Despite the fact that the internal workings of Viking are highly complex, the software itself remains very easy to use. Viking is available in multiple versions, including a lightweight version providing the basic necessities, and an off-line version for the preparation of maps and projects. New to Viking is the modules interface, which enables the program to gain specific functionality. For example, the Anchoring Module has been developed for, and in cooperation with, several large offshore companies, for the planning and executing of complex anchoring plans. In addition the Gridding Module enables dredging vessels to accurately deposit stones on the sea floor.