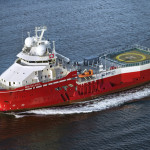 Electromagnetic Geoservices ASA (EMGS) has been awarded a contract worth about USD 4 million by the Cairn Energy group through its subsidiary Capricorn and its joint venture partner Nunaoil, to perform a 3D electromagnetic (EM) survey in the Disko West area offshore Greenland. The survey is due to start around 25 August and will be performed using the newly launched, purpose-built 3D EM vessel BOA Galatea. This vessel is currently completing a survey worth about USD 1 million for a customer in Norway. Roar Bekker, EMGS chief executive officer, commented: “The Arctic regions of Greenland are increasingly recognized as a major remaining source of undiscovered hydrocarbons, and Cairn Energy has established a leading acreage position in this promising frontier area. We are confident that our EM data, combined with other geological and geophysical information, will greatly enhance the understanding of the West Greenland basin and its potential for hydrocarbons.”