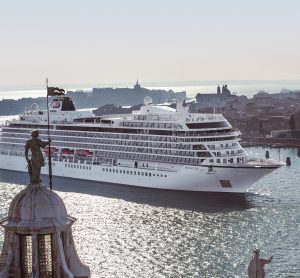 VARD has awarded TMC Compressors of the Seas (TMC) to supply the marine compressed air system for two cruise ships the Norwegian shipbuilder is constructing for Viking Cruises.

TMC’s scope of work is to deliver a complete marine compressed air system that consists of instrument air compressors and air dryers, to each of the two newbuild cruise ships. TMC has not disclosed the value of its contract.

“As the international cruise sector increasingly emphasizes reduced energy consumption and lower emissions to air, our compressed air systems are becoming progressively more popular amongst cruise operators and shipbuilders. Simply because we can offer a highly energy efficient system that is also highly reliable, delivering reduced operational expenditure throughout the lifetime of the system. We are very thankful to VARD for this contract,” says Morten Orlien, European sales manager for TMC.

The two new ships are scheduled to be delivered to Viking Cruises in the second quarters of 2021 and 2022, respectively. The vessel are designed by Vard Design in Aalesund, Norway, and will be constructed at VARD’s Norwegian yards. The hulls will be built in Romania. Viking Cruises also has an option to order two additional vessels from VARD. VARD’s parent company is Italian shipbuilder Fincantieri.