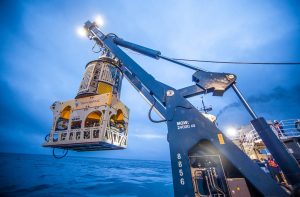 TechnipFMC today announced its Board of Directors has unanimously approved its plan to separate into two industry-leading, independent, publicly traded companies: RemainCo, a fully-integrated technology and services provider, continuing to drive energy development; and SpinCo, a leading engineering and construction (E&C) player, poised to capitalise on the global energy transition. The separation would enhance both RemainCo’s and SpinCo’s focus on their respective strategies and provide improved flexibility and growth opportunities.

The transaction is expected to be structured as a spin-off of TechnipFMC’s Onshore/Offshore segment to be headquartered in Paris, France. The separation is expected to be completed in the first half of 2020, subject to customary conditions, consultations and regulatory approvals, at which time all outstanding shares of SpinCo will be distributed to existing TechnipFMC shareholders.

The 2017 merger of Technip and FMC Technologies created a new subsea leader and established TechnipFMC as the only fully-integrated subsea provider. TechnipFMC has redefined subsea economics through its integrated model and accelerated technology development and innovation. At the same time, the Company’s Onshore/Offshore business has consistently demonstrated operational excellence, successfully delivered landmark projects, built an unprecedented backlog, and positioned itself to continue capitalising on growing demand for liquefied natural gas (LNG). The exceptional performance of TechnipFMC since the merger has made the proposed spin-off possible and, when completed, will enable the two companies to unlock additional value.

The two companies would have:

Doug Pferdehirt, Chairman and CEO of TechnipFMC, states, “Since the creation of TechnipFMC, we have pioneered the integrated business model for subsea and transformed our clients’ project economics. To further enhance value creation, our Board of Directors and management team have continuously evaluated strategic options and, after a comprehensive review, determined that it is in the best interest of TechnipFMC and all of our stakeholders to create two diversified pure-play leaders. We are confident that the separation would allow both businesses to thrive independently within their sectors, enabling each to unlock significant additional value.”

With approximately 15,000 employees, SpinCo would be one of the largest E&C pure-plays and is poised to capitalise on the global energy transition. SpinCo will be uniquely positioned to capture LNG opportunities as a result of its robust project delivery model, demonstrated capabilities and proven track record. In addition, the new company will benefit from its leadership position in the downstream market, as well as future growth opportunities in biofuels, green chemistry and other energy alternatives. The company would comprise the Onshore/Offshore segment, including Genesis – a leader in front end engineering and design. SpinCo would also include Loading Systems, a leader in cryogenic material transfer products, and Cybernetix, a technology leader in process automation, that have historically been a part of the Surface Technologies and Subsea businesses, respectively. SpinCo will be led by an experienced, proven management team. Catherine MacGregor, who currently serves as TechnipFMC’s President, New Ventures, will serve as Chief Executive Officer of SpinCo. Bruno Vibert will serve as Chief Financial Officer, and Marco Villa will serve as Chief Operating Officer. SpinCo will be incorporated in the Netherlands with its headquarters in Paris and listed on the Euronext Paris exchange. Bpifrance, a key shareholder of TechnipFMC, strongly supports the proposed transaction and recognizes SpinCo as a global leader with the potential for high value creation.

With approximately 22,000 employees, RemainCo would be a fully-integrated technology and services provider, continuing to drive energy development. The company’s role will be to support clients in the delivery of unique, integrated production solutions. As TechnipFMC has transformed the industry through its pioneering, integrated model in Subsea, RemainCo will apply the same winning formula to Surface Technologies. As a standalone company, RemainCo will be the largest diversified pure-play in the industry. Doug Pferdehirt, Chairman and Chief Executive Officer of TechnipFMC, and Maryann Mannen, Executive Vice President and Chief Financial Officer of TechnipFMC, will continue to serve in their roles following the separation. RemainCo will remain incorporated in the United Kingdom with headquarters in Houston and listed on both the NYSE and Euronext Paris exchange.

Upon closing, RemainCo and SpinCo will have tailored capital structures and financial policies appropriate for each company’s business, and both companies are expected to have investment grade credit metrics. Both companies will be committed to disciplined capital allocation and prudent return of capital to shareholders. Both companies will have compelling and unique financial profiles well suited to their respective businesses. The successful completion of the planned spin-off is subject to general market conditions, regulatory approvals and consultation of employee representatives, where applicable, and final Board approval. While awaiting receipt of all final approvals, the Company and its employees will remain focused on delivering operational excellence and world-class service to its clients. The transaction is expected to be tax free to certain shareholders where permissible, including the United States.