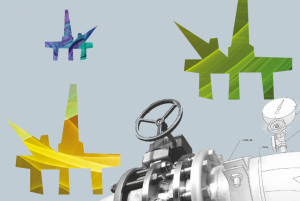 Even after more than 50 years, the Norwegian shelf still holds vast opportunities. More than half of the estimated remaining resources on the Norwegian shelf have already been discovered. 85% are located in the fields and 15% are located in discoveries that are being considered for development. There is also a potential that even more proven oil and gas could become profitable to produce by applying new technology and knowledge.

This is described in more detail in the Norwegian Petroleum Directorate’s 2019 resource report on fields and discoveries. When Johan Sverdrup and Skogul come on stream this autumn, there will be 88 producing fields on the shelf. Never before have Norway had production from so many fields. In addition to this, the companies are exploring development opportunities for nearly 90 discoveries. Average discovery size has declined in recent years, and most of the discoveries will probably be developed as subsea fields and utilising available capacity in existing infrastructure. For that reason, it is important to maintain facilities and pipelines so this is actually possible.

“There is enough oil and gas on the Norwegian shelf to ensure profitable, efficient and responsible petroleum activity for many decades,” says Head of Development and Operations Ingrid Sølvberg. “Production will increase going forward to 2023. Despite this, both emissions to air and discharges to sea are holding steady. That means that emissions per produced unit are declining.” An increasing percentage of the production is operated using power from shore. In 2023, after the area solution for power on the Utsira High comes on line, the NPD expects that more than 40% cent of the production will be operated this way.

The NPD wants to ensure that all socio-economically profitable resources on the shelf are produced. Therefore, it is important that the oil companies work to improve recovery from producing fields. The traditional methods are drilling more production wells and injection of water and gas to boost the pressure in the reservoir, and thus force out more oil and gas. It is also important that the companies work with more advanced methods. “Advanced methods to increase recovery have a significant potential and are being used in oil activities in countries in different parts of the world. Advanced methods have also been tested on the UK shelf, with good results. It’s definitely time for the oil companies to also test these kinds of methods on offshore fields here at home,” says Ms Sølvberg.

A lot of oil and gas resources have been proven in tight reservoirs; in other words, reservoirs with low permeability. There are great opportunities for profitable production here if new technology and new solutions are applied.