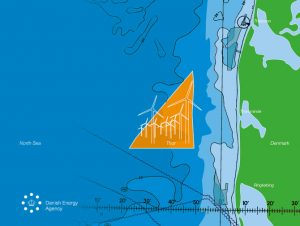 The Danish government has agreed on a new subsidy scheme for the Thor offshore wind project. With the new scheme, the government said a stable settlement price is guaranteed for the power generated by the offshore wind farm and support is provided based on the difference between the agreed price and market price.

This means that if the market price is lower than the agreed price, the project owner receives support. If the market price is higher than the agreed price, the profit is divided between the project owner and the government if the profit becomes sufficiently large. Support will be awarded through a Contracts for Difference (CfD) scheme, in which the winning bidder is awarded a 20-year contract.

The so-called payout ceilings, which act as a stop block for both government and owner payments, are expected to prevent the possibility that one of the parties bears the full cost risk of unexpected high or low electricity prices. The amount of the payout ceiling from the government to the winning bidder is set at EUR 870 million and from the winning bidder to the state at EUR 370 million in 2018 prices. The subsidy scheme will be adjusted every year to follow up with the price of electricity, the government said.

According to the Danes, the new scheme should help limit the expenditure on subsidies in case of a short-term decrease in electricity prices within a year. The model is said to create predictability for project owners since in the long-term a minimum price for the power generated by the offshore wind farm is guaranteed. “The producer receives support when their revenues are low, but pays money to the state when their revenues are high. It is a good solution, both for the state and for the offshore wind turbine manufacturer. It is at the same time a model that the Climate Council has recommended”, says Danish Minister for Climate, Energy and Utilities Dan Jørgensen.

Thor is the first of three 800MW offshore wind projects to be constructed in Danish waters before 2030, with an option for the developer to boost the wind farm’s capacity to up to 1GW. The project will be built off Nissum Fjord in the North Sea and is expected to feature 13-15MW turbines set to be operational between 2024 and 2027.