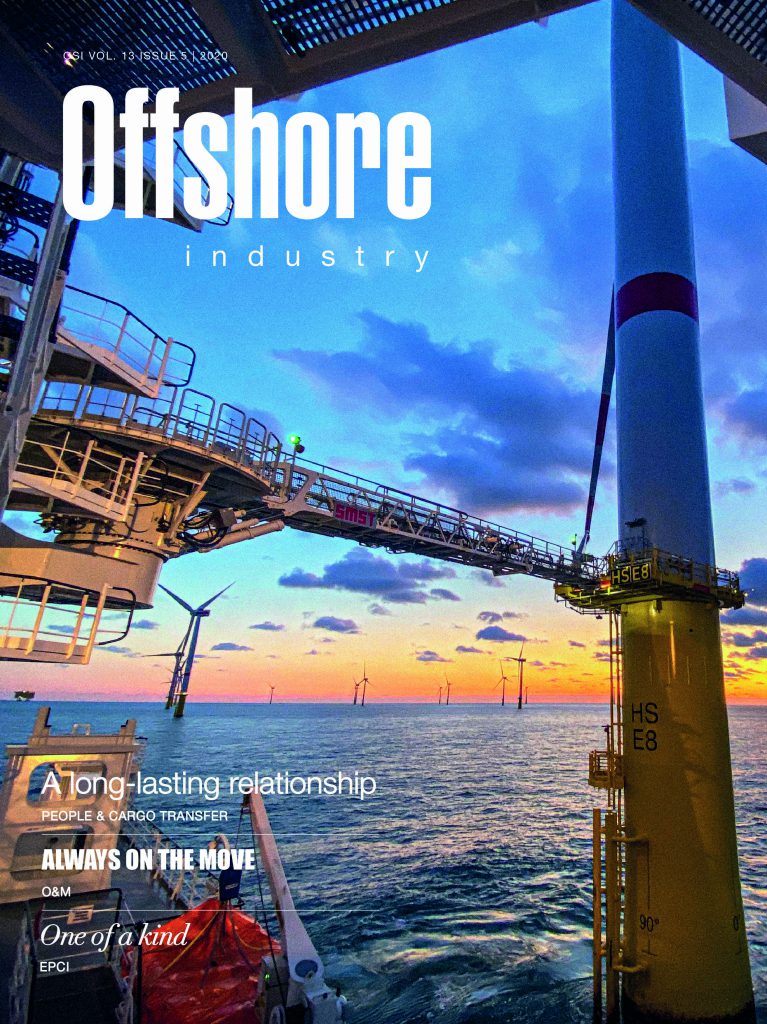 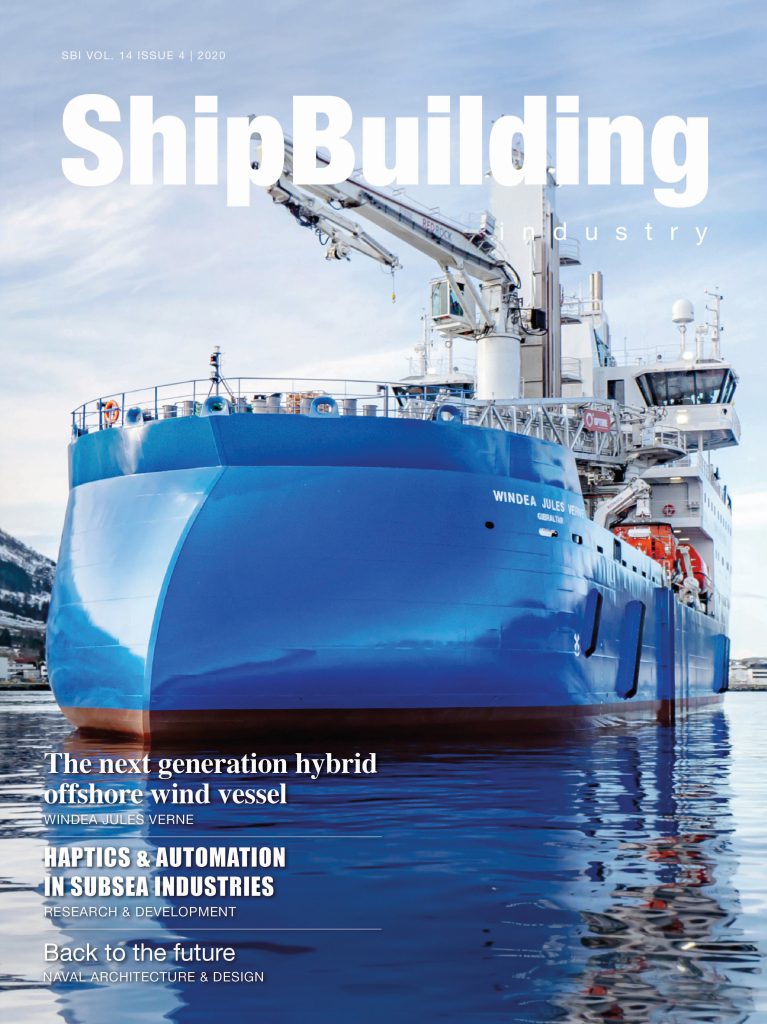 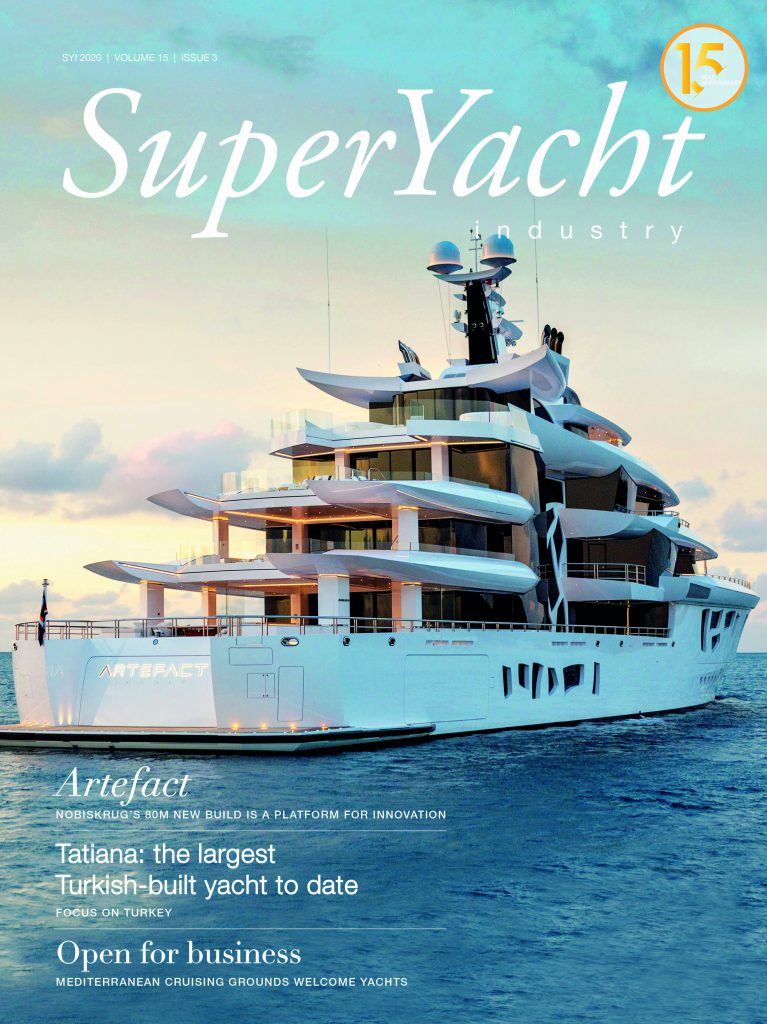 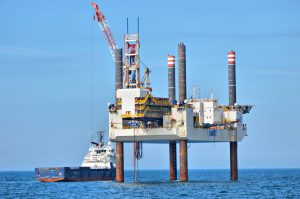 Dutch offshore self-elevating platform and services provider Jack-Up Barge is a firm believer in, together with its clients, looking for innovative and cost-efficient solutions. Today, both attitudes are needed more than ever, across the offshore oil and gas and renewables businesses, the firm’s management believes.

The current market faces challenges, from the Covid pandemic and low oil prices to windfarms that have spiralled in size from 2-3MW turbines to 12MW turbines in just a few years. It’s a constantly changing landscape and the risk is that if the industry keeps doing things the same way, it’ll get the same results, says Jack-Up Barge. Instead, the industry needs to think differently, to create opportunities to make it more sustainable, more long-term. That’s just what Jack-up Barge is aiming to do. The company, based in Sliedrecht, The Netherlands, was founded in 2003 to provide small modular jack-ups. Since then, it’s evolved into a full-service provider with a wide, capable and adaptable fleet, including self-propelled jack-up barges and the largest non-propelled jack-ups in the North Sea with crane capacity, including the Swift 10 drill rig. Jack-Up Barge’s senior team has experience from companies including AF Gruppen, Boskalis, Heerema Marine Contractors, Jumbo, Keppel Verolme, SeaFox, and Van Oord, underpinning the company’s broad knowledge in drilling, mobile offshore production and decommissioning to hook-up and commissioning support in offshore wind, as well as supporting nearshore LNG facility construction. Jack-Up Barge is now looking to the future and has several innovative solutions to help make it a more efficient one; in offshore wind operations and maintenance operations, through its JUB-HUB offshore hub; in oil and gas by reducing plugging and abandonment (P&A) costs; and by unlocking marginal hydrocarbon resources with the modular offshore product unit (MOPU) capability. 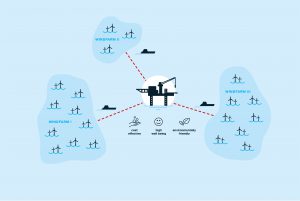 The JUB-HUB beehive
Today, journeys offshore to maintain and repair windfarms are getting longer. The next generation windfarms include Dogger Bank, operated by Equinor and SSE, that will be built between 131-196km offshore. That means long, uncomfortable journeys from shore via crew transfer vessel (CTV), less time on site, low productivity and low job attractiveness due to spending so much time on a vessel. While service operations vessels (SOVs) are being used, they come with high rates and emissions. Instead, Jack-Up Barge’s JUB-HUB concept offers a comfortable, stable hotel facility in the field, with local CTVs, significantly shortening the time to work, reducing seasickness and weather related down-time and increasing time on task. The JUB-HUB acts like a beehive, providing modern, single cabin accommodation, welfare facilities, stores and workshops for up to and even above 70 offshore wind construction and maintenance staff, supported by, for example, three 24-man CTVs. It would also be able to provide a safe haven, for example, before a medivac via helicopter. A JUB-HUB could support a single mega windfarm or be placed at the intersection of a number of large wind farms, with two to three CTVs deploying staff to their work sites each day. It could also be moved from windfarm to windfarm, as part of a long-term maintenance schedule, or moved in-field, to support hook-up projects or maintenance campaigns. It’s a cost competitive concept. In a comparative tender, Jack-Up Barge found that using three CTVs at a JUB-HUB offered a significant saving over using three SOVs, saving fuel, daily hire rates and reducing environmental emissions by at least 30%. Furthermore, just like all Jack-Up Barge’s units, that are low power consumers run on electricity, if a JUB-HUB could use local power from the offshore wind farm, zero emissions could be achieved.

Smarter, more efficient P&A
Efficiencies can also be gained in P&A and decommissioning operations, using a unit like its Swift 10 and taking a campaign approach, says the team at Jack-Up Barge. The 64-person Swift 10 accommodation unit’s automated and fully electrified drilling equipment, onboard crane (80t) and compact quarters mean that it’s become an exemplar in efficiency. With the unit’s automated systems and compact crew, performing similar tasks, day-to-day, a fast learning curve can be achieved, providing real opportunities to reduce operators’ decommissioning burden, says Jack-Up Barge. It’s about taking a long-term sustainable approach, capturing and maintaining lessons learned, reducing time and cost per well, says Jack-Up Barge, which doesn’t chase day-rates, like those in the drilling market, adding further to its ability to contain costs. The company has recently proven this approach through a six-year campaign with NAM Shell in the Netherlands where the Swift 10 provided drilling, well enhancement and P&A operations, with continuous efficiency improvements and no lost time incidents throughout. The same ethos can be applied to topside preparation scopes, ahead of platform removal, says the team at Jack-Up Barge. They say it’s about being flexible and combining scopes, for example undertaking cleaning and preparation work, including subsea, during P&A operations, so that a platform is ready for removal when the Jack-Up Barge team leave. In fact, this year Jack-Up Barge’s JB 115 will be working in the Irish Sea on a decommissioning preparation scope. In this case, the topside will be removed by Allseas’ Pioneering Spirit. In other cases, the removal scope can be done with Jack-Up Barge’s own jack-ups, which have up to 1,000t crane capacity (covering more than half of the topsides in the Southern North Sea), either through piece-small or single lift. It’s still a challenging market, however. Jack-Up Barge sees that operators know they need to do this work, but that it’s also a Catch 22; when the oil price is high they want to focus on new developments and when it’s low they don’t have the money to spend on this non-value adding work, which is why Jack-Up Barge believes that their more sustainable approach has to be the way forward. 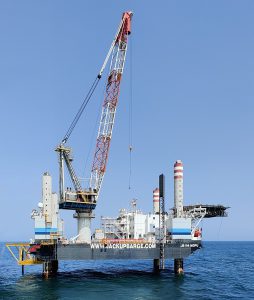 Unlocking fields with a MOPU
Taking a different approach to early field life or marginal fields could also help unlock otherwise strained field development economics. Using Jack-Up Barge units as MOPUs (mobile offshore production unit) is a proven, cost-effective concept that could also provide a quick win for operators looking for an early production system, as well as otherwise marginal resources containing less than 20 MMbbl, says Jack-Up Barge’s senior team. It’s a concept used around the world. That’s because with almost no capex or decommissioning cost and minimal impact on the environment, MOPUs can provide a flexible way to create value because they’re easy to locate, where and when you need them and only when required, based on a charter rate. The JB-114, for example, recently started work in the Middle East as an MOPU – producing oil from just three months after discovery. This isn’t a common approach in Europe, but that means there’s an opportunity, Jack-Up Barge believes, if the industry is willing to relax their ‘gold-plating’ ethos and look at doing things differently. According to estimates by the senior team at Jack-Up Barge, for projects where a MOPU like the JB-114 would be required for just seven years or less, it is the most economical option. If it’s for a production life of eight years or more, then there might be a case for investing in a dedicated facility. MOPUs could also be an economic solution for late life assets, where modifications to an existing facility, for compression or water injection for example, are cost prohibitive, are limited by topside space or will have knock-on impacts, requiring other upgrades and escalating costs. Instead, it could be more cost efficient to include these facilities as a skid onboard a MOPU to produce those final barrels cost effectively.

Despite the challenges facing both the offshore wind and oil and gas industries, Jack-Up Barge believes that, with these innovative solutions, it can provide the alternative approaches needed to deliver greater cost-efficiency and more long-term sustainability.